Client is a cancer clinical trial organization, which conducts clinical trials on patients and tracks the outcome of each drug at each stage and years after completion of the trial. Normally trial continues up to 6 months and follow up happens for next 5 years.

They were already using a web solution, but given the volume of data and the concurrency of users, the application started falling short of expectations quickly. Especially the application wasn’t able to handle the large amount of files to be handled.

Moreover client also started looking for a cloud based solution to avoid the hassles of infrastructure management.

Given the proven capabilities Force.com platform, HIPPA compliant infrastructure, ready to use features and incentives for Non Profit organizations; client decided to move the whole application to Force.com platform. 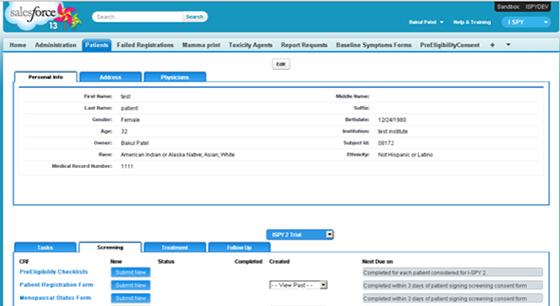 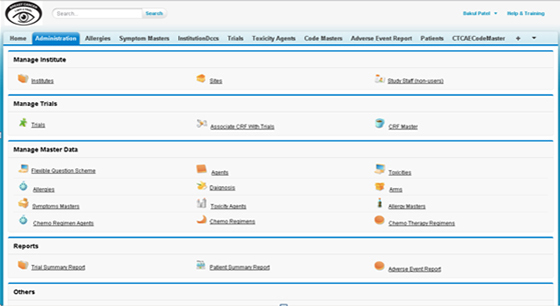 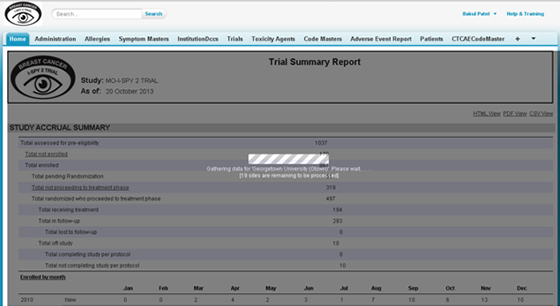 Based on the requirements and specification, we decided to architect the application using following components of Force.com:

To migrate data from existing system to Salesforce, Talent data migration tool was used. To migrate files, a custom Java based tool was built which locates patients in Salesforce and uploaded their respective files for that patient.

The security was implemented using finest level of security framework provide by Force.com, which achieved all the security requirements.

The chatter is used in solving the large amount of files’ storage which allowed users to quickly share the files and not worry about the space available.

The approval processes framework is used to pass data through approving authority without much development around approvals.

The initial version of the solution was deployed in production in just 8 weeks and widely appreciated. This followed up enhanced version of application going in production 16 weeks later with all major capabilities included.

The system is currently in use by more than 150 users and daily submission of 200+ forms with more than 1000 patients on trial being studies concurrently.